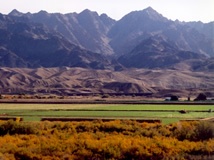 Yuma County has a colorful history, which lives on today in a fast-growing, vibrant community. Saddle up for a quick ride through one of the most interesting places in the United States.

In 1540, just 48 years after Columbus discovered the New World, 18 years after the conquest of Mexico by Cortez, and 67 years before the settlement of Jamestown, Hernando de Alarcon visited the site of what is now the current City of Yuma. He was the first European to visit the area and to recognize the best natural crossing of the Colorado River. Much of Yuma County's later development occurred because of this strategic location.

From the 1850's through the 1870's, steamboats on the Colorado River transported passengers and goods to various mines, military outposts in the area, and served the ports of Yuma, Laguna, Castle Dome, Norton's Landing, Ehrenberg, Aubry, Ft. Mohave and Hardyville. During this time stagecoaches also carried the mail and passengers on bone-jarring rides through the area.

For many years, Yuma served as the gateway to the new western territory of California, which brought thousands from around the world in search of gold, or those who had it. In 1870, the Southern Pacific Railroad bridged the river. Yuma became a hub for the railroad and was selected as the county seat in 1864.

Yuma County is one of four original counties designated by the first Territorial Legislature. It maintained its original boundaries until 1983 when voters decided to split Yuma County into LaPaz County in the north and a new "Yuma County" in the south.

The Ocean-to-Ocean Bridge (or Old Highway 80 Bridge) was the first vehicle bridge across the Colorado River. Prior to the construction of the bridge, cars were ferried across.

Yuma County is larger than the state of Connecticut. Much of Yuma County's 5,522 square miles is desert land accented by rugged mountains. Several river valley regions, however, contain an abundance of arable land which is irrigated with water from the Colorado River. 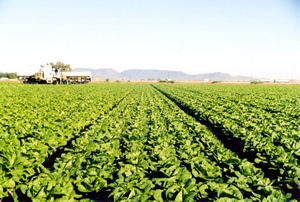 These valley areas have some of the most fertile soils in the world, having received silt and mineral deposits from Colorado and Gila River floods until the rivers were tamed by an intricate series of dams and canals.

Some of the major attractions in Yuma County are the historical Territorial Prison, the Yuma Crossing Historic Park. Other great places to visit are the Kofa Mountain Range and Wildlife Refuge, and Martinez and Mittry Lakes.

Hunting is a popular sport, as the county offers a variety of different types of game. Major rivers in Yuma County are the Gila and the Colorado, the two most historic rivers in the Southwest. 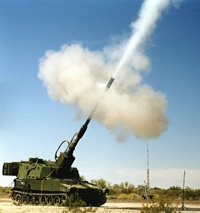 The Marine Corps Air Station (MCAS), shares one of the longest runways in the country with the Yuma International Airport. Yuma has some of the cleanest skies and best flying weather in the United States.

Yuma County is bordered by California on the West and Mexico on the South. Living close to the Mexican border offers a great opportunity to experience multi-cultural and international business opportunities.

Arizona Western College (AWC) is located in Yuma County. This is a two-year community college, which offers higher education to full-time and part-time on-campus and off-campus students. AWC shares its campus with a satellite campus of Northern Arizona University (NAU), offering a variety of two year, four year and post graduate programs.

Yuma County has a year-round population of approximately 200,000 residents. During the winter, the population increases by about 90,000 due to the sun-seeking Winter Visitors affectionately known as "Snowbirds".