Judge Kenworthy was born and raised in a farming family in Pinal County, Arizona. He graduated with a bachelor's degree in 1978 and a law degree in 1981, both from the University of Arizona. Larry then returned to Alaska, having worked previously on the Alaska Pipeline, and began his legal career in a private law firm. He was in private practice litigating mostly civil cases until 1997, when he returned to Arizona and began work at the Yuma County Public Defender's Office. After a brief period there, Larry returned to private practice where he litigated civil cases, but also served as the prosecutor for the cities of Somerton and San Luis.

In 2002, he was appointed as a judge pro tempore for Yuma Municipal Court and served in that capacity until being elected to the bench with the Superior Court in 2007. Larry presides over a civil calendar. He is a member of Rotary and Elks and also enjoys fishing, golfing and hunting. 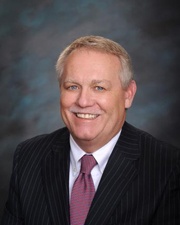