Judge Gunderson was appointed to the Yuma County bench as a Commissioner/Superior Court Judge Pro Tempore in September, 2016.

His wife, Priscilla, is also an attorney.  They are the proud parents of two children. 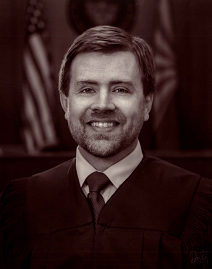