Kathryn Stocking-Tate graduated from Aquinas College in Grand Rapids, Michigan in 1977 with a Bachelor of Arts degree. She received her Juris Doctor degree from Thomas M. Cooley Law School in Lansing, Michigan in 1991.

She then worked as an Arizona Assistant Attorney General from 1992 – 1996 representing the Department of Economic Security in child support enforcement cases. In 1996 Judge Stocking-Tate established her private practice, practicing primarily in the domestic relations and family law areas.

In 2005 Judge Stocking-Tate was appointed Commissioner/Judge Pro Tem of the Superior Court by then Presiding Judge Tom Cole. While on the bench she has been assigned domestic relations, probate, civil and juvenile calendars. 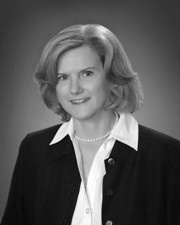