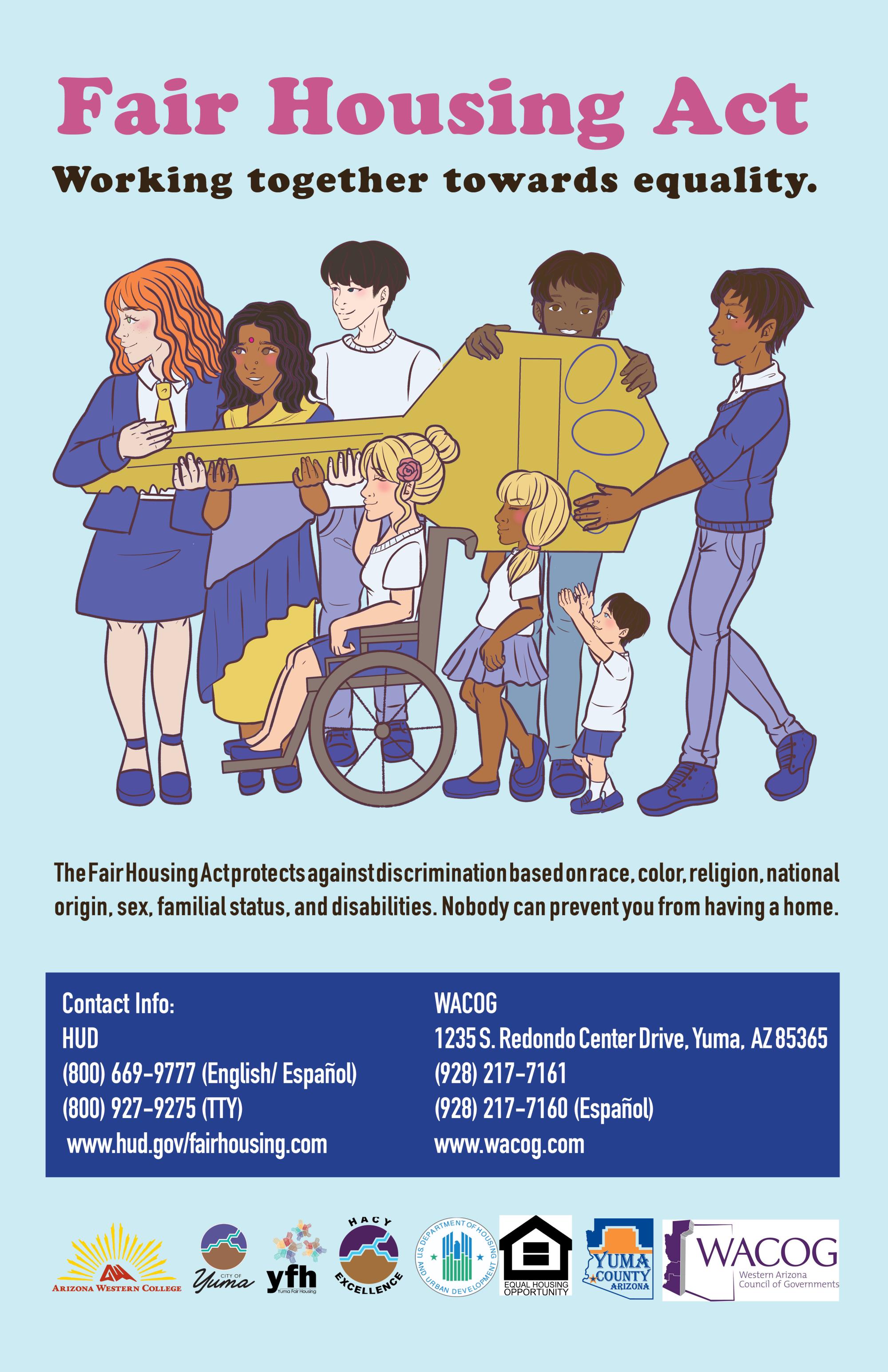 The Yuma County Fair Housing Committee and Arizona Western College (AWC) are proud to announce Paola Roman as the winner of the 4th Annual Yuma Fair Housing Poster Contest. Roman is an AWC student who is studying Graphic Communication. Titled “The Key of Opportunities” was selected over 16 poster entries by a vote of the public.

“It was hard to think of a way to include them all without leaving one out,” explained Roman about the focus of her art. “The key represents the opportunities that can be open if everyone works together to help each other.”

“I wanted to make sure that the sense of community helping each other was conveyed properly,” said Roman.

Students from AWC’s Visual Communication program explored the subjects of discrimination, equality, and civil rights in order to better understand the importance of being a citizen designer. Then they put their creative skills to the test by creating a design that encapsulated the meaning of Fair Housing. The resulting 16 posters were displayed around Yuma County and voting took place online.

Roman’s poster was announced Friday during a reception at the Yuma Art Center where April was proclaimed as Fair Housing Awareness Month.